I usually commute by bicycle. But, I demur when the temperatures fall below the freezing mark for fear of a "black ice," the crash and then the bruise. But, this cold weather bicycle abstinence leads to exercise deprivation. What to do...

Sunday I took an extended walk around the manmade lake in downtown Olympia. The walk leads past the backside of the State Supreme Court building, down a slope to the lake and through a series of urban park trails leading to the remains of what once was the Olympia Brewing Company ("It's the Water!").

This bonus photo was captured on the walk which uses an abandoned train trestle to bridge one of the water crossings.
Canon PowerShot S90, f/4 @ 6.85 mm, 1/80, ISO 80, No Flash
© Ed Ruttledge 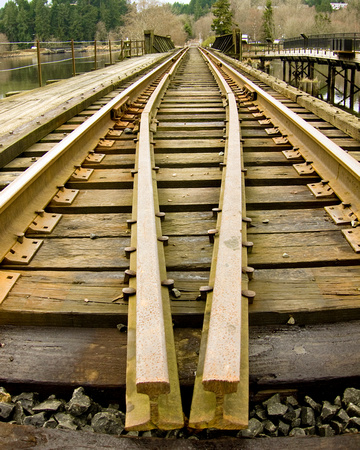