Sometime during the late 1190s, after primarily living on the mesa top for 600 years, many Ancestral Pueblo people began living in pueblos they built beneath the overhanging cliffs. The structures ranged in size from one-room storage units to villages of more than 150 rooms. While still farming the mesa tops, they continued to reside in the alcoves, repairing, remodeling, and constructing new rooms for nearly a century. By the late 1270s, the population began migrating south into present-day New Mexico and Arizona. 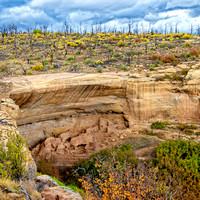 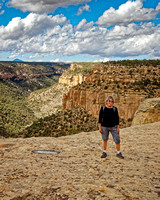 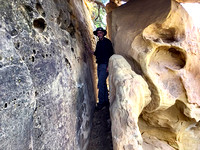