I caught this image on a walk through an urban wetlands wildlife preserve two days ago. I was hoping to complete my five mile loop before the gathering clouds restarted their soaking of the small city of Salem, Oregon where I live. Normally, we’d be somewhere sunny and warm this time of year. But, this is the COVID era and we’re staying close to home.

The image reflected my mood. Indeed, these seem to be dark days. For the first time since 1814, our nation’s Capitol Building was sacked. This time, not by foreign invaders (it was the Brits in 1814), but by our neighbors. People who had been too easily ginned up by a tawdry circus of con-artists to believe themselves to know better than the most of us. We have seen it before. Mussolini in the 1920’s. The dictadura franquista in Spain in 1936. The coup d'état in Chile in 1973 leading to a military dictatorship and the 1981 attempted coup d'état attempt again in Spain, to name a few.

This, however, was very very different. We had all just witnessed a failed coup attempt live-streamed to the world from here in the US. This was not reality TV – real people died. At first, I was shocked and a bit frightened. By the following morning, I was, and remain, saddened and outraged by the implications of it all.

I try to be hopeful… thinking “OK – we somehow got through the immediate threat and we can try to get back to normal.” But, the rules got changed in the past four years. The concept of “normal” has been corrupted to where I, probably like you, remain wary …
Canon EOS R5, f/8 @ 50 mm, 1/80, ISO 100, No Flash
© Ed Ruttledge 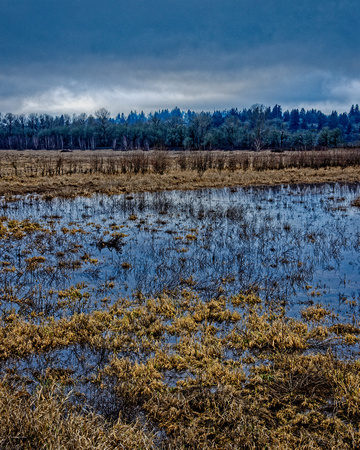