"During the late 1920’s and early 1930’s the City of Salem, Oregon undertook a major bridge building project to span the main streams within the city. As a result there are numerous examples of reinforced concrete girder structures with fine architectural detailing throughout the city crossing the various streams. Though some of the structures have been replaced many still remain scattered in and around the downtown core of Salem. The Pringle Creek Bridge on Winter Street [detail in this photo] is one of many bridges designed by Salem City Bridge Engineer Ray A. Furrow."
Canon EOS 6D Mark II, f/1.4 @ 50 mm, 1/800, ISO 100, No Flash
[email protected] 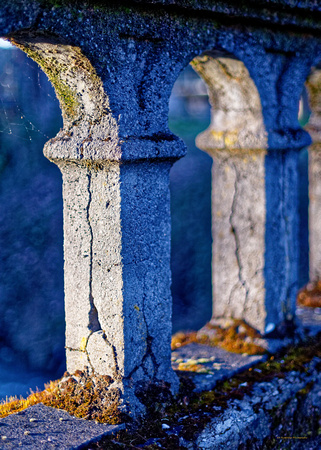